Note: use flutter_search_bar and not search_bar -- I own both packages but I'm just a tad bit locked out of search_bar, so it won't be updated.

Normal state (search is not active yet, only title and actions are set, with the only action being a search button) 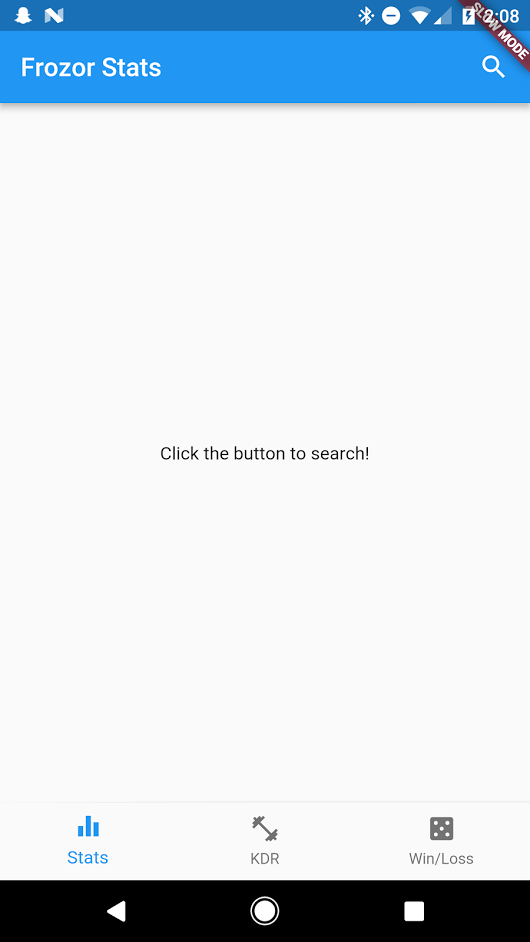 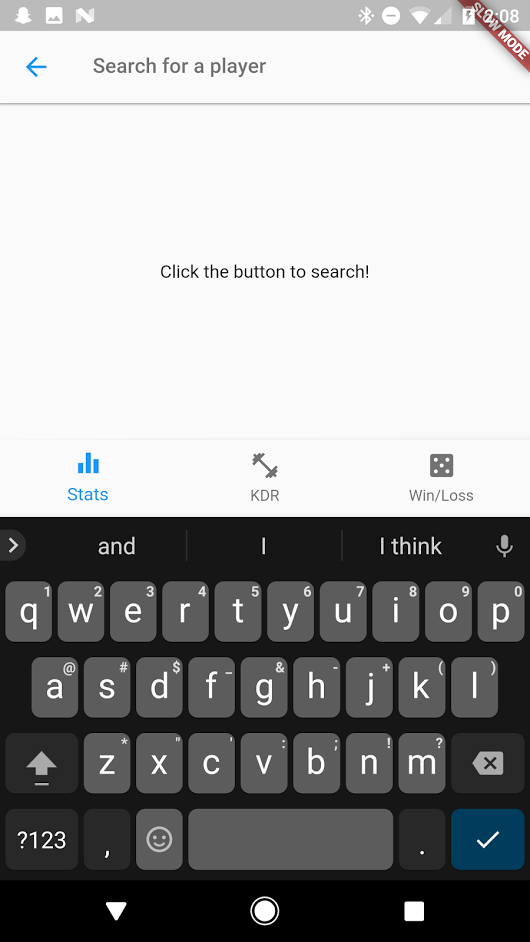 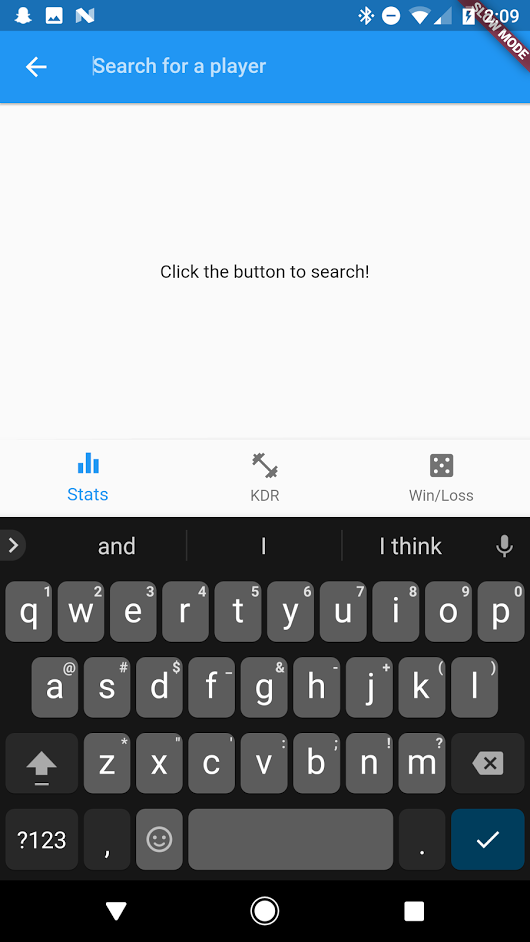 This will create an AppBar with a search button as its only action, and on press the AppBar will turn white and have a TextField inside, allowing user input. Once the user has input something and pressed the "enter" button on their keyboard, it will close and the value will be printed to the debugger.

Essentially, this class returns two different app bars based on whether search is active. Colors from the most recently built "default" app bar are used to color the search bar.

I may refer to the two different app bars as default and search. Default is, as may be inferred, the default app bar. It shows up when you open your app, and is the "default state". Once its search button has been pressed, the search app bar appears, where the user can put in input and submit a field.

This documentation may be slightly outdated. It will soon be generated with dartdoc instead of being manual (not really sure why it wasn't that way from the start).

This should take BuildContext and return an Appbar.

This should take the value of the input field and return nothing.

This should take a function and return nothing. Generally, this should just be setState. More below.

bool inBar - Whether the search should take place "in the existing search bar", meaning whether it has the same background as the AppBar or a flipped (white) one (which also has a colored back button if necessary). Defaults to true.

bool colorBackButton - Whether the back button in the search bar should be colored, if false it will be Colors.grey.shade400. Defaults to true.

bool closeOnSubmit - Whether the search bar should close once it has been submitted. You should probably keep this on, and it defaults to true anyways.

String hintText - The hint text for the TextField that appears when the search button is pressed. Defaults to just 'Search'.

AppBarCallback buildDefaultAppBar - The function to be called each time the default app bar is built. The colors from the most recent AppBar build will be used for the next search app bar.

TextFieldSubmitCallback onSubmitted - A void callback called when the search bar is submitted.

In addition to all of the above properties set in the constructor:

bool _isSearching - Whether search is active.

IconButton getSearchAction(BuildContext context)
This takes context as an argument, and returns an IconButton suitable for an Action in an AppBar. If you want your SearchBar to actually work, put this inside your buildDefaultAppBarpub method.

This takes context as an argument, and returns an AppBar based on whether search is active.

A flutter search engine based on MediaWiki with caching.
10 September 2021
Flutter platform search is an abstract implementation of the Flutter search delegate.
29 August 2021
Minimal Unsplash Android App to easily search and download images I made while learning and exploring Flutter.
31 July 2021