I’m looking for contributors. Don’t hesitate to contact me if you want to help in any way. 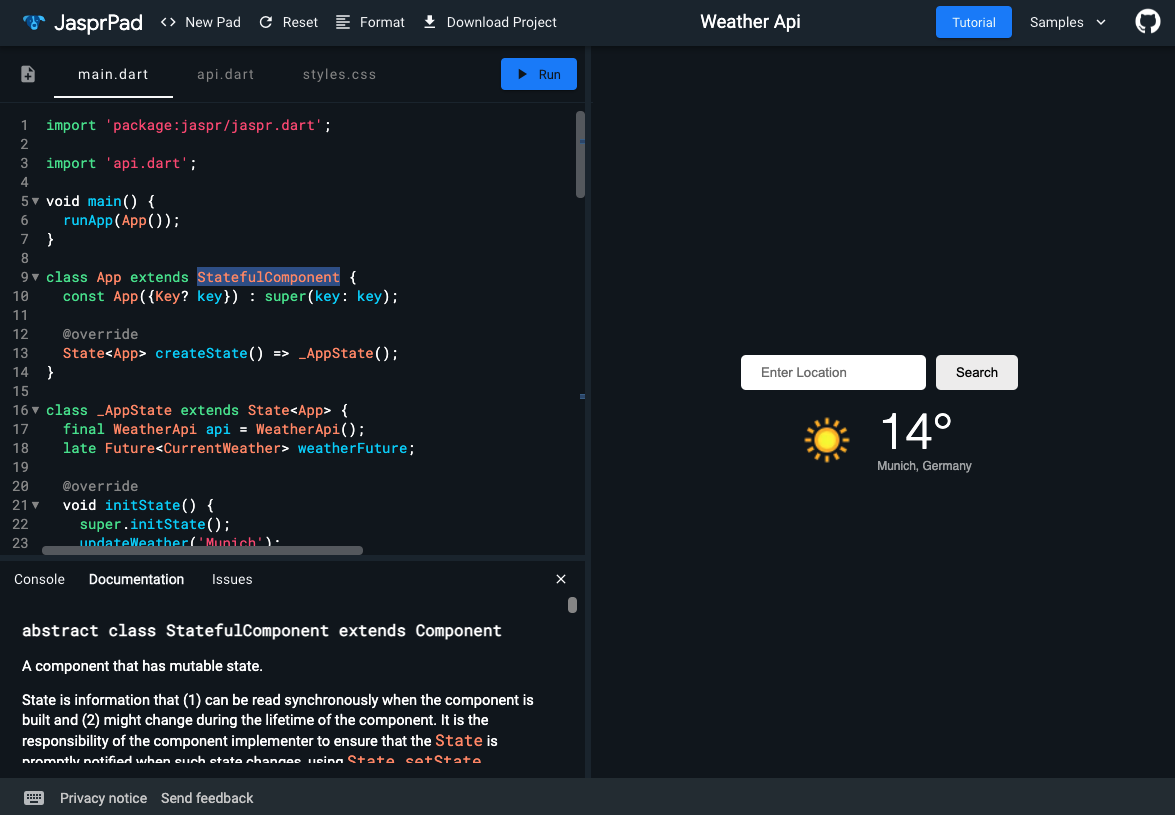 Jaspr was made with the premise to make a web-framework that looks and feels just like Flutter, but renders normal html/css like Vue or React. It is targeted mainly at Flutter developers that want to build websites but don’t want to use Flutter Web (for various reasons). Since it uses Dart, it is also strong in terms of type-safety and null-safety compared to JS.

Differences to Flutter and Design Principles

As you might know Flutter renders Widgets by manually painting pixels to a canvas. However rendering web-pages with HTML & CSS works fundamentally different to Flutters painting approach. Also Flutter has a vast variety of widgets with different purposes and styling, whereas in html you can uniquely style each html element however you like.

Instead of trying to mirror every little thing from Flutter, jaspr tries to give a general Fluttery feeling by matching features where it makes sense without compromising on the unique properties of the web platform. Rather it embraces these differences to give the best of both worlds.