An app to explore and bookmark packages hosted on pub.dev.

Packages are shown in descending order starting from the most recently updated one on platforms other than the web. 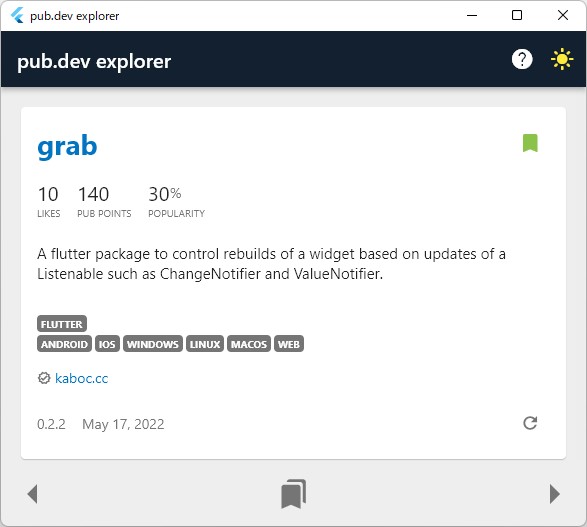 This is a sample app using the following packages created by the same author.

The app shows an example of how those packages are combined. The author himself, however, is still examining and considering how they are made good use of to make the app more maintainable and easier to evolve, so the current app design is not necessarily the best.

If you change some classes from which code is generated, run the command below to generate updated code.

This project already contains the code generated by build_runner, so if you haven’t changed anything, the above command is unnecessary.

To start the app, just run flutter run, with additional options if necessary.

Mock data for the web

The pub.dev API is not available on the web unfortunately, so mock data preset in the app is used instead. The data contains the packages by the author and 150 most popular packages.

Mock data on other platforms

To use the data on other platforms, pass the USE_MOCK environment variable as below: