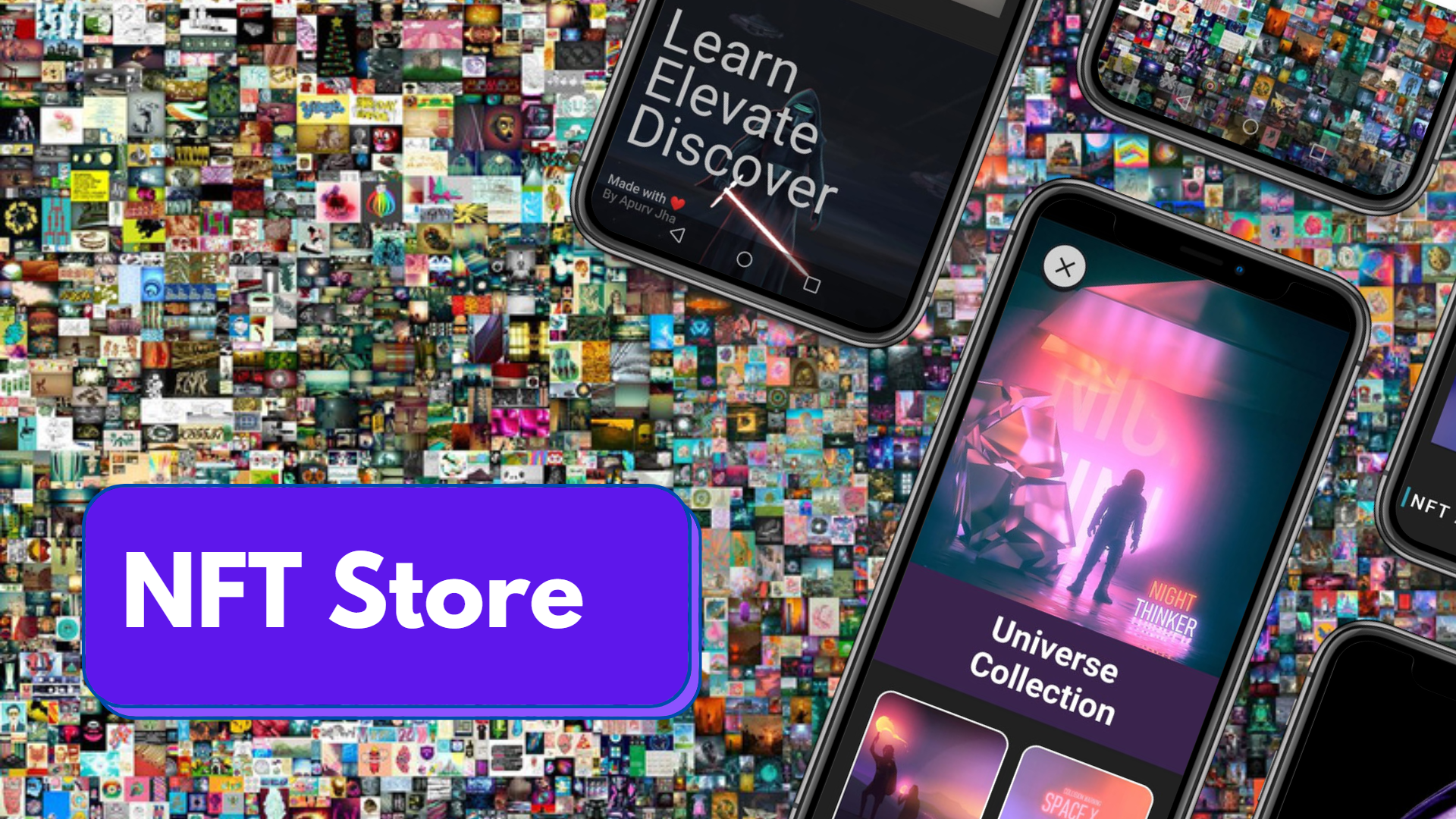 I first got the idea to create NFT Store by looking at the $69 million Beeple’s NFT. The piece of art is made from 5,000 tiles merged together into a common canvas. Nowadays, as blockchain technologies are booming around us, NFT means Non-fungible token is emerging vigorously, one of those is NFT Games. The “play-to-earn” movement is a rising phenomenon in gaming, wherein players in NFT games collect rewards within the game that can later be converted to real cash. For that reason, our team is craving to join and apply this new technology so NFT Store is the name we chose. NFT Store offers the solution to create an NFT exchange between collectors. Besides NFT Store, in the near future, NFT Store will be the next product that aims to be a solution for NFT gaming liquidity. The UI & animations are inspired from divyam joshi’s NFt marekteplace.

At this time with the very first beta version, users will be able to create their own NFTs and sell them to others. Additionally, in this version, our team decided to focus primarily on the UI design along with the main features of a regular NFT marketplace. For now, it is available on android/ios.

NFT Store is built on the following main parts:

You can now extend your support by buying me a Coffee.??

Built a decentralized voting app based on Ethereum Blockchain
16 July 2022
A blockchain flutter election app, using smart contracts coded in solidity and can be run on a phone
16 July 2022
An application development to increase the reliability of food delivery businesses
21 May 2022