RemoteFiles is a SFTP client for Android and iOS and was developed with Flutter in the Dart Programming Language.

The ssh package is used to connect to SFTP, which wraps iOS library NMSSH and Android library JSch.

The connections are saved in two JSON files (favorites.json & recentlyAdded.json).

On Android the files are located in the ApplicationDocumentsDirectory.

On iOS the files are located in the ApplicationSupportDirectory.

On Android the downloaded files are saved to external storage. The location can be changed on Android in the settings.

On iOS the downloaded files are saved in the ApplicationDocumentsDirectory.

The path_provider package is used to get the directories listed above.

To save files to external storage, the WRITE_EXTERNAL_STORAGE permission is needed on Android. To request and check this permission the permission_handler package is used.

User data is tracked with the firebase_analytics package. 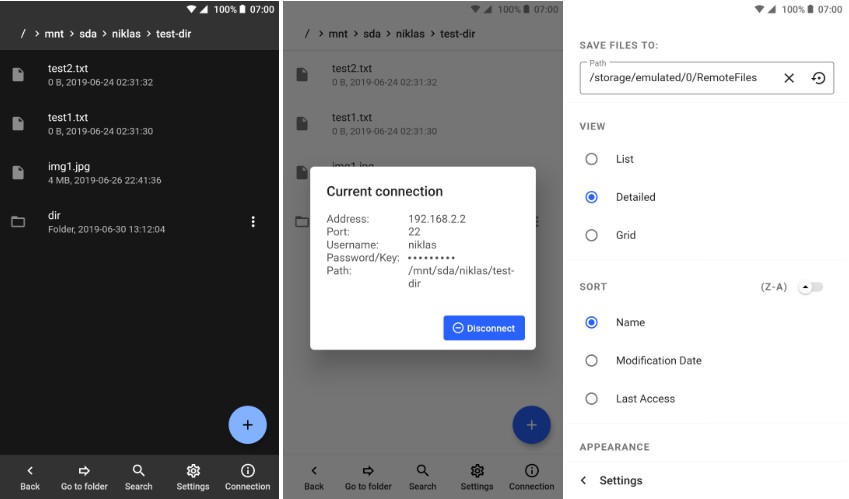 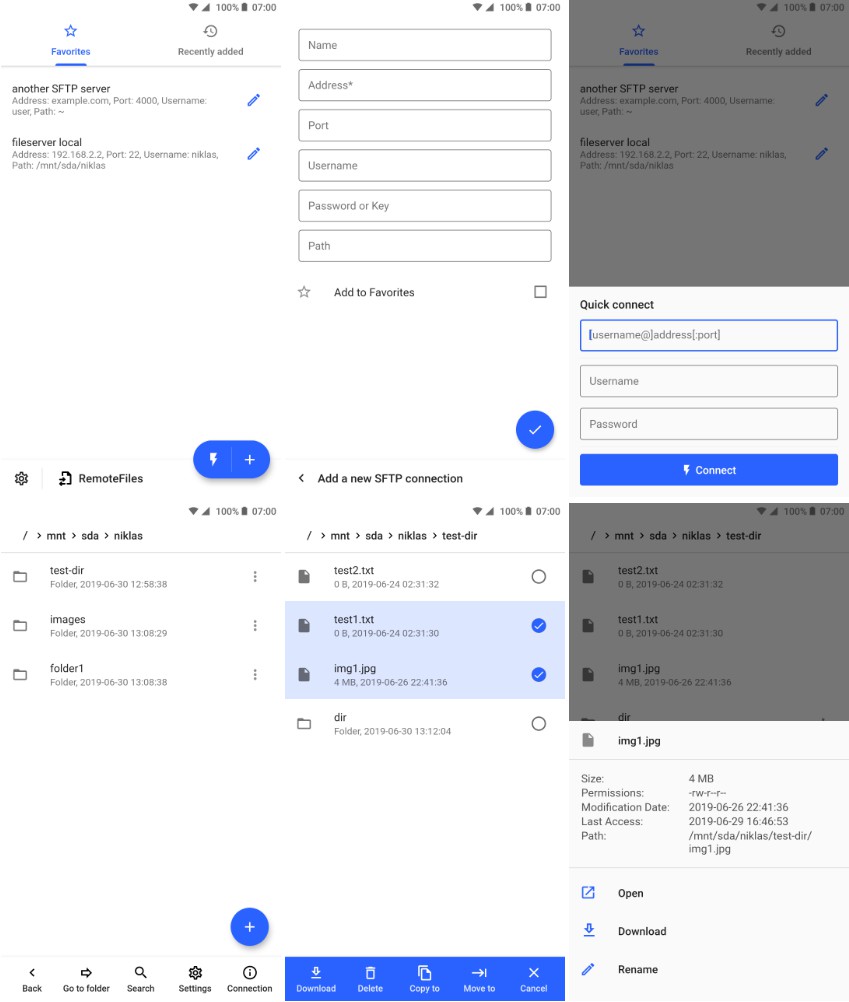