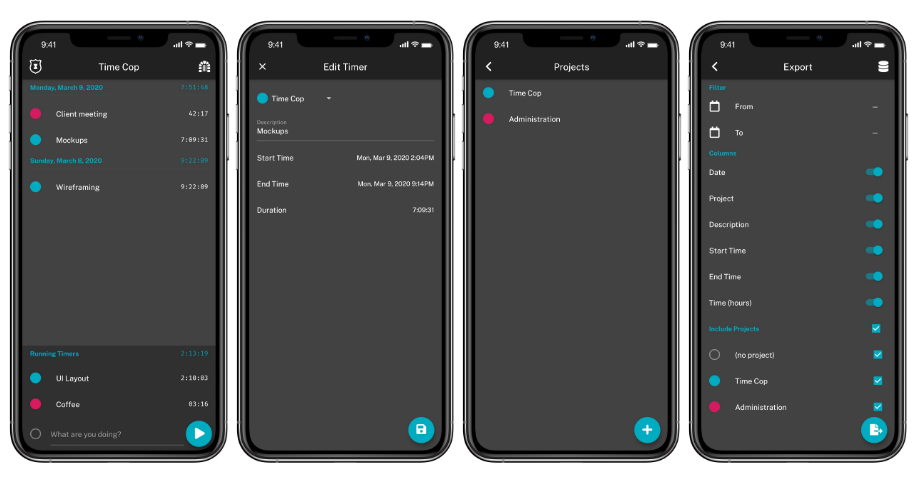 A time tracking app that respects your privacy and gets the job done without getting too fancy.

I'd rather not do time-tracking at all, but since its a necessity for my work, it's either use an app or keep track of things manually (which I'm terrible at). There are many time tracking apps on the app stores (and I have tried several of them), but each of them has at least one pain point that eventually drives me off—some cost more money than I think they should, others have (what I consider) poorly designed interfaces, some are way too complicated, some don't export data easily, most require an internet connection, I have privacy concerns with a large number of them, etc, etc.

Time tracking in and of itself is rather straightforward (hence all the apps on the app stores), so I figured “why not use this as an opportunity to practice mobile development and learn some new things?”. This app is the result of that question—its a tool that I use every day for work, but also a sample project to work off of and share with others.

Translations are handled using Project Fluent. Currently all translations (except English) were auto-translated by Google Translate using my Translate Tool. If you notice any incorrect strings, I would love to know about it so that it can be fixed asap. Similarly, if you want to add a language, please do!

This is a flutter application for Community Media Stations based in radioco APIs.