Automatically build, test, sign and release your Flutter app to both Apple and Google stores.

There are many steps involved each time an app, or an app upgrade, is delivered to both stores. Fledge exists to document and automate these steps.

For example, with GitHub and Travis: 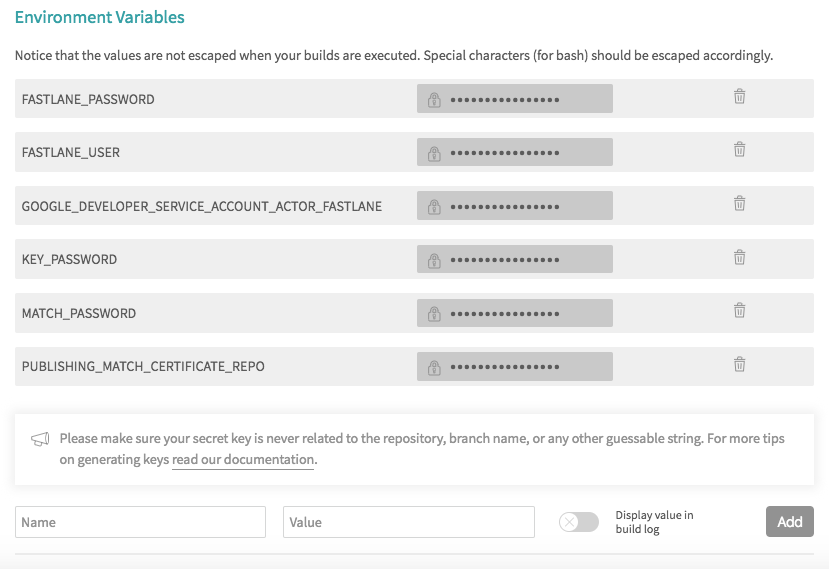 These variables are used for signing and uploading to both stores.

As with any mobile app, there are several one-time setup tasks (most of which you have to do anyway… even without a CICD tool).

To avoid having to gather together all the bits and pieces of information required to deliver a Flutter app, the Fledge project has created complete documentation to walk you thru all the setup tasks for the more common scenarios.

One of the reasons the Fledge projects exists is to document these one-time setup tasks and progressively automate them where possible (and then remove from documentation).

View the documentation site for complete usage and configuration information.

For a demo of Fledge in action see: https://github.com/mmcc007/todo. Links are included to view the pipeline on Travis that delivers betas and releases to both stores.

The demo app was delivered automatically to both Google and Apple stores using a Fledge pipeline.

You can download the demo app to your android or iOS device:

This feature allows you to track what version of your app is running on any device. Useful for support and bug-fixing.

To use the Fledge trace-back feature, tap on the app title 'GitErDone' to view the 'About'.

On an android device you will see: 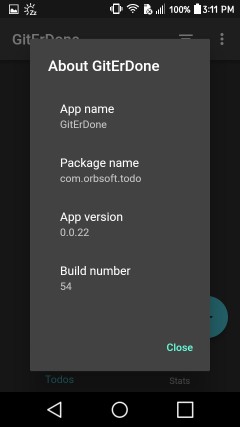 On an iOS device you will see: 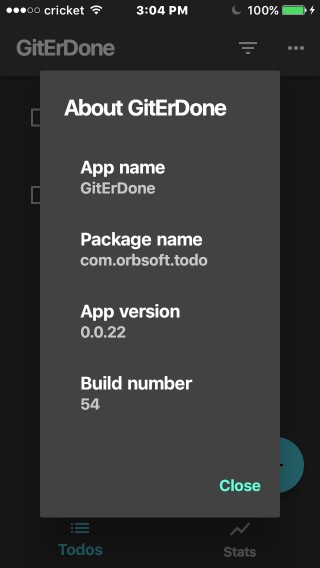 You can then trace back to the Fledge pipeline that delivered the app (click on image below for link to actual pipeline): 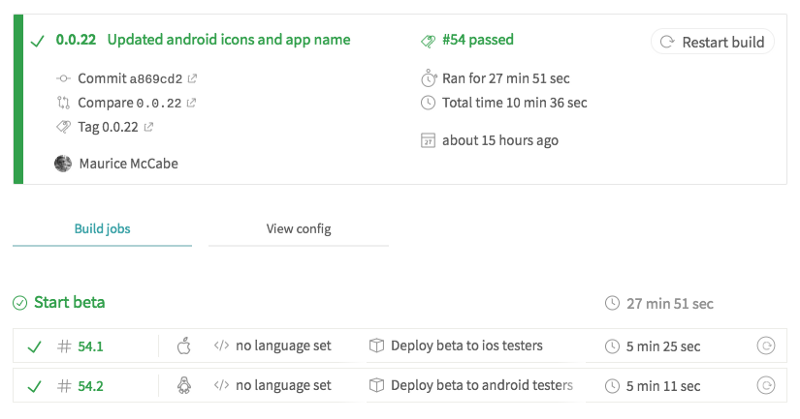