Syphon is still in alpha and we do not recommend
using it where proven and independently verified security is required. 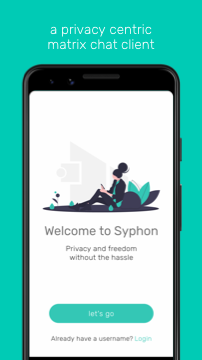 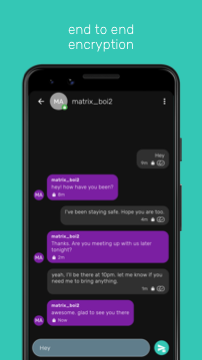 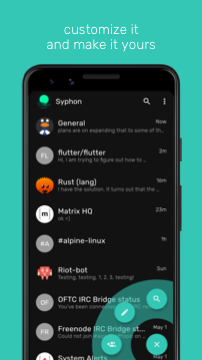 Syphon aims to be built on the foundations of privacy, branding, and user experience
in an effort to pull others away from proprietary chat platforms to the matrix protocol.

Matrix has the potential to be a standardized peer-to-peer chat protocol, and in a way already is, that allows people to communicate and control their conversation data. Email has been standardized in this way for a long time. For example, someone using Outlook can still email someone using Gmail. Most popular proprietary chat platforms do not adhere to a federated or decentralized protocol, and as a result have too much control over users data.

If the goal for Matrix is adoption, a network effect is required for this paradigm shift. Syphon makes the bet that the best way to attract new users is through strong branding and user experience. I hope that contributing and maintaining Syphon will help kick start this process and help those in need.

Syphon will always be a not for profit, community driven application.

You may notice Syphon does not look very dart-y (for example, no _private variable declarations, or using redux instead of provider) in an effort to reduce the learning curve from other languages or platforms. The faster one can get people contributing, the easier it will be for others to maintain or oversee a tool that does not exploit the user.