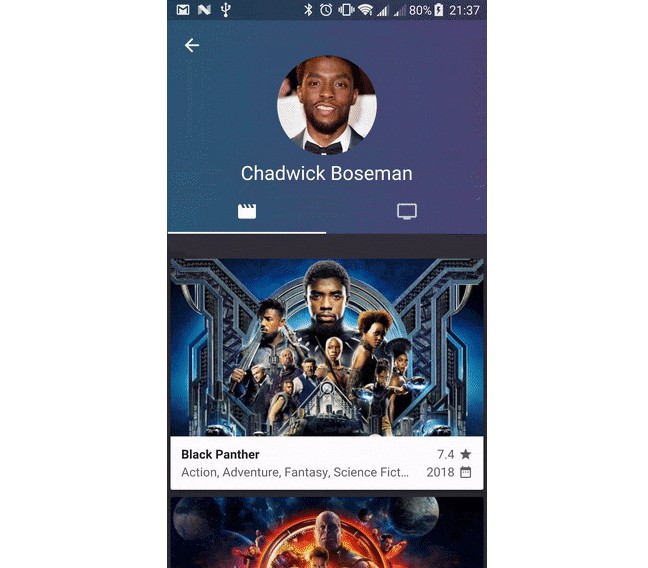 This app is a Flutter port of the native Android App Cinematic. My intention in creating this app was understanding the intricacies of building apps in Flutter. Just like the native Android App this app does not make any efforts in being a nicely architectured application. That being said the whole point is to showcase Flutter's capabilities for building simple apps and to understand key difference and advantages to native development.

The app uses the Movie DB Public API as a data sources and uses the standard dart libraries for making network requests.

In terms of UI, the goal was replicating the Android design as closely as possible to understand the possibilities that Flutter offers for crafting UIs.

To build this app from source you will have to obtain an API-key from TMDB right here.
Set this key to the constant API_KEY in constants.dart to run the app.
Additionally, the app now uses Dart2 which means that you should enable that in your IDE if you haven't done so yet.

Creating this app and learning Flutter in general felt like a gift for developers.
It significantly increased development velocity by, amongst others,
reducing development cycles and the ability to create reactive, modular components.
Coming from the realms of Android, those are the things that stood out to me:

A simple yet elegant Quiz App developed with Flutter.

Clone of TikTok with Flutter and Firebase.

The app is a personal beer logging that allows you to enter every beer you have to be sure to remember them forever.

An open source app which revolves all around books: “Collecting books as you read them, virtually”.